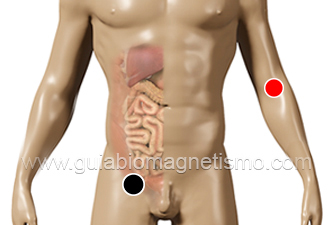 Non-infectious monoarticular rheumatism,  caused by any injury or excess tension, is not due to bacteria or viruses. Helps to reduce inflammation of joints in acute process.

Arthrosis is a damage in some joint caused by wear or excess tension producing inflammation, pain and difficulty of movement. The joints that usually present it are: hip, cervical or lumbar vertebrae, knees, shoulders, fingers of the hands or big toe. Do not confuse it with rheumatoid arthritis which is a chronic degenerative disease.Arthrosis worsens with movement and symptoms are reduced with rest.

Also called Joint reumathism is an autoimmune, chronic-degenerative systemic inflammatory disease characterized by causing persistent synovitis (inflammation, wear and destruction) of the joints, typically in the hands, feet, wrists, ankles, knees, which occurs symmetrically. It occurs more frequently in people of the third age, or of middle age. Symptoms and inflammation progress slowly; over time, generating different degrees of deformity and functional disability.

Within allopathy there is no cure, it can only be relieved by anti-inflammatories and analgesics. This disease is one of the manifestations of the syndrome known as chronic silent inflammation.

Dr. Goiz has discovered that the disease occurs when the pairs corresponding to gonococci and meningococci are associated.