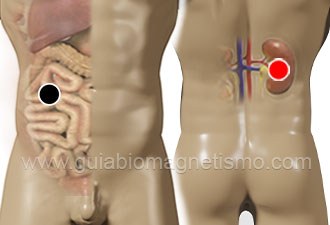 True Diabetes Mellitus, lack of insulin due to damage in Pancreas.

Diabetes is due to the poor assimilation of sugar that generates hyperglycemia in the blood. When the hyperglycemia is mild to moderate, it can be controlled by diet, otherwise insulin administration will be required. The blood test allows to know the precise levels of blood glucose.

It is due to diverse causes that have nothing to do with the dysfunction of the Pancreas to produce insulin, such as:

Due to the age at which diabetes appears, it is divided into two types:

Diabetes is a disease widely spread worldwide, especially due to the habits of modern culture and diet. The main risk factors are: high consumption of sugars and carbohydrates, lack of exercise, obesity, stress, that close relatives as parents, grandparents, uncles or siblings suffer.

The alteration of blood that leads to hyperglycemia severely damages body tissues, eventually causing complications such as: