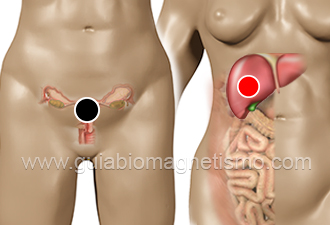 Molar pregnancy also called gestational trophoblastic disease, hydatidiform mole or simply mola; it is due to a genetic error during the fertilization process. Instead of giving birth to a fetus, an abnormal tissue develops, sometimes with the appearance of a bunch of grapes growing rapidly inside the uterus. In other cases it is only the growth of the placenta itself, this occurs when a sperm fertilizes an empty egg. On rare occasions an embryo may begin its development next to the mole, in which case the fetus will not develop, since it will be absorbed. Molar pregnancy is rare, it occurs in approximately 1 of every 1000 pregnancies.

They can be nausea, vomiting, bleeding, preeclampsia, thyroid disorders. Hormonal levels are altered by what may be mistaken for pregnancy. More common in women older than 40 years or in those who have previously suffered from this condition.

Almost always causes spontaneous abortion, or medical intervention may be required (aspiration, scraping, dilation and evacuation) as well as follow up on the case to prevent the remaining cells from resulting in cancer. Psychological support is also important.