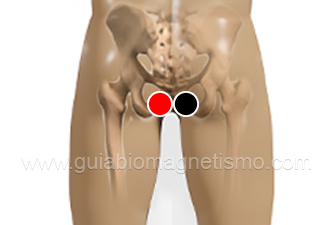 * Pair that helps in general for any sexual disorder

In this group we include a series of alterations that can affect the functioning of the sexual organs. They can be caused by dysfunctions, by psycho-emotional alterations or by multiple pátogens agents; The latter can be transmitted either by sexual contact, or by other forms of contagion.

They may be asymptomatic or manifest themselves in the form of rashes, irritation, warts. Or affect sexual functioning: altering the production of hormones, sperm, etcetera.

Different sexually transmitted pathogens can cause disorders such as sexual organ dysfunction, inflammation, infertility, azospermia, and so on. Biomagnetism can treat most of these infections:


Diseases caused by other pathogens

Some of the disorders that can cause the different pathogens are itching, pruritus, irritation, vaginitis, fetid vaginal discharge, dryness, inflammation, infertility.
Check each one.

Endometriosis: growth of the endomeytrial tissue outside the uterus.

Endometritis. Inflammation of the endometrium that can be caused by various bacteria such asl Mycoplasma hominis, E-Coli, etc. It is more frequent to occur after a difficult birth, a cesarean or an abortion.

Male infertility, can be caused by several factors (see article)

Prostatitis.inflammation of the prostate making urination and sexual intercourse difficult. It can be caused by several pathogens, the most important ones: Gardenerella,

Those that are related to pathologies or alterations of the psyche, many of them treated with biomagnetic pairs.

Oedipus complex, complex, fixation with the mother by the male. Saturnino

Electra complex: fixation with the father, by the woman. Trini

Vaginismus. it is the involuntary constriction of the vagina at the moment of intercourse that hinders or impedes penetration. It's due to fears like getting pregnant, getting sick, etc; in the absence of information or erroneous information about sex; or to traumatic experiences such as sexual abuse. The pair for this disorder has not yet been found.